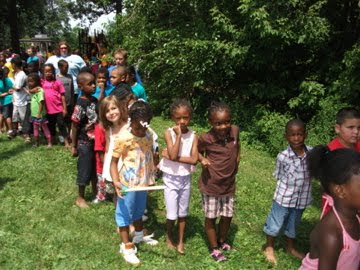 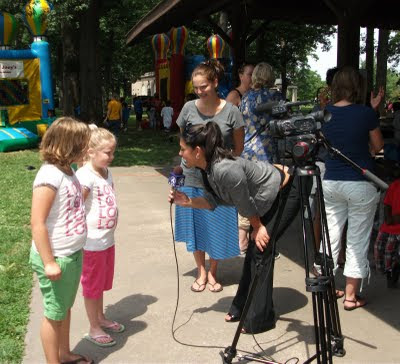 It is pretty hard to get adequate photos of a picnic for about 700 children. This I learned yesterday, July 15, at Lincoln Park in Rock Island. The event that gathered all these children was the last day celebration for the Rock Island Parks and Recreation summer program for children.

So groups arrived in busses from several programs: 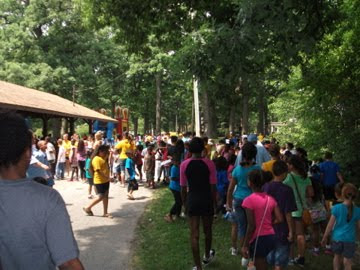 Well, everyone enjoyed games in the park, a program on the stage and large inflatable toys that children can climb into. There was some coverage by the press and local television. The biggest single event was serving lunch to all these children, and some random folks in the park; grilled hot dogs, chips, watermelon, fruit cup, milk and scooped ice cream! While it was warm it was not too hot. Good day.
Lots of hard work by staff and volunteers.